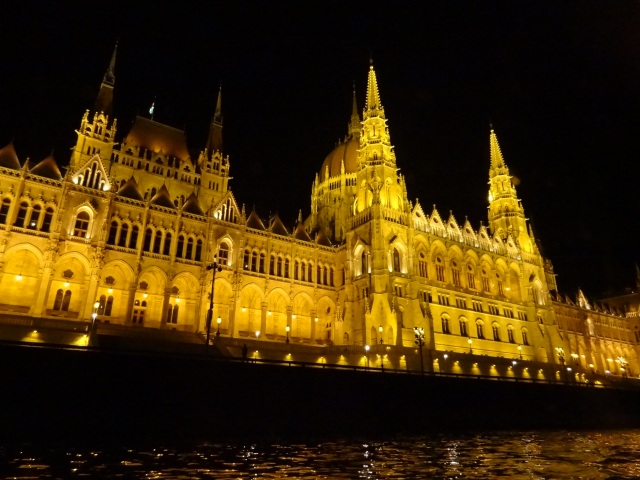 I spent almost the entire past week in Budapest. With our company, we did a workshop with 25 staff and managers/managing partners from all the different country offices. It is a remarkable bunch of people, I have never had the privilege to work with such a nice, fun, hard-working group of people from so many countries. There were people from Argentina, Italy, Spain, France, Netherlands, Hungary and Germany. My job was to do a session on Wednesday morning, together with a colleague (we’d begun on Tuesday afternoon), and to moderate the whole event and be the time keeper. Everything went very well. In the evenings, the local team had organised great events – on the first evening, we did a sightseeing tour with a bus that can also swim! An amphibian tourism coach! Really remarkable, it was great fun. The second night, we went to a place where a large group of people can cook together, animated by two Hungarian women. Again, great fun! On the last night, we had dinner together.

The thing that made it all a little complicated for me was that Indira was, naturally, there again. I tried to have a calm and professional way with her. But on the last night, we ended up walking together and started talking. She was a little drunk, and I think then she opens up. I could see there was that attraction and curiosity in her eyes, and it so reminded me of last year again, when I fell in love with her, after we’d kissed that one time. Thinking about that kiss again, I thought that maybe that kiss was one of the best things that ever happened to me in my life. It was like the earth stood still and stopped turning for a moment, I felt like I was in the heart of the tornado, where it’s all quiet.

We made a stupid bet that night (about where the toilets are in a hotel that we were walking towards because she had to go), and I lost, and she proposed that the bet would be for a cocktail, a gin tonic. So now I need to invite her to a gin tonic, and would love to do so – going out with her, after all, was what I had been trying so get her to do with me last year. At the beginning of next week, I’ll be in Munich for three more days, and I am so hoping that we could do it then. But my suspicion is that she’ll push that idea away again when she’s sober and in Munich and at the office …

I felt quite lonely when I was returning to Berlin after this workshop. I had spent the week with remarkable people from a remarkable company, yet at home my apartment was empty, and I went to bed alone. A colleague of mine told me in Budapest that he will be having his second child. I am beginning to feel more and more like a failure, because I cannot get my private life to work, and start a family.

The other thing was that during the workshop, I still wasn’t back to my normal health, either. I was and am still coughing. And that is really annoying, too.

This weekend, I am spending at my parents’. I went into town with my father today. We wanted to look for a piece of furniture that they were giving me for my birthday. And I bought an iPad. I had refused to get one for the longest time, I wanted to move away from the Apple ecosystem. But then a couple of weeks ago, a friend showed me how you can draw on the iPad, and I have been dreaming of drawing with a computer for the longest time, and I also thought that it might be handy for a trip that I’ll be going on. It’s synching with my computer as I am typing this.

My father is not too well – he has problems with his feet, cannot walk properly, and also with his right arm. I hope he’ll get better soon.

About The Outer Rim

I am trying to remember my life. By posting about it. Starting January first 2011.
View all posts by The Outer Rim →
This entry was posted in City, Family, Health, Job, Relationship, Travel and tagged budapest, family, love. Bookmark the permalink.
%d bloggers like this: